If you have been wondering, "Where can I design my own skirt?", then look no further. This range of handmade, custom skirts, printed using your artwork and designs, are available in a variety of shapes, cuts, lengths, and fabrics. Simply choose your style, choose your options, upload your images and design until you're happy. Your custom skirt design will then be printed and your skirt will be handmade to order within a matter of days. 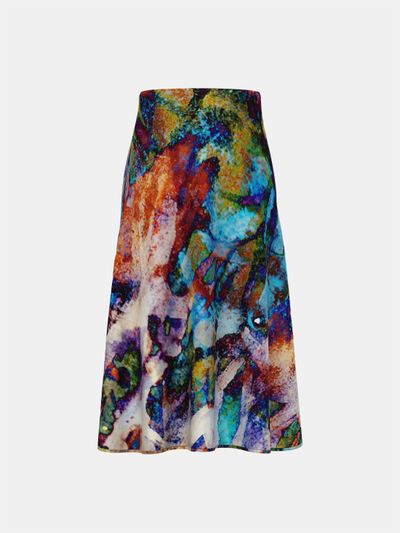 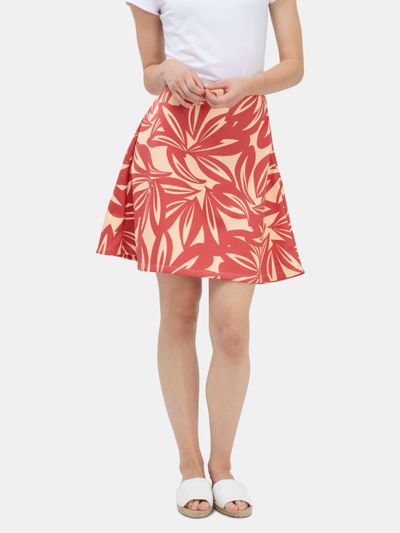 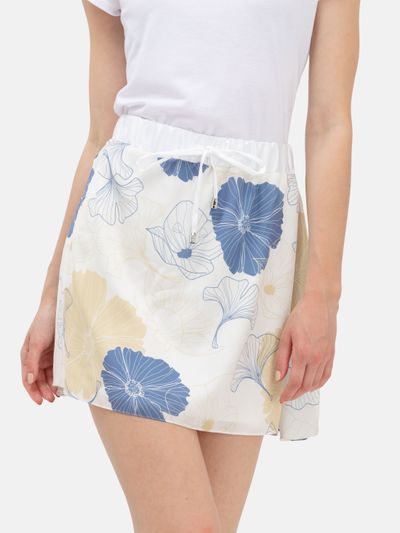 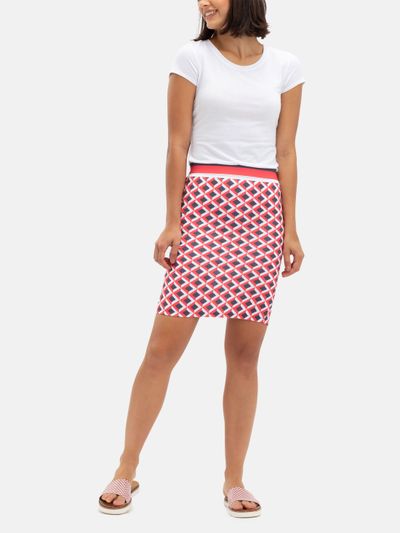 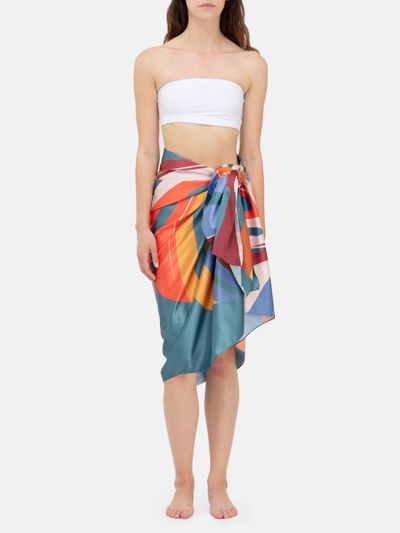 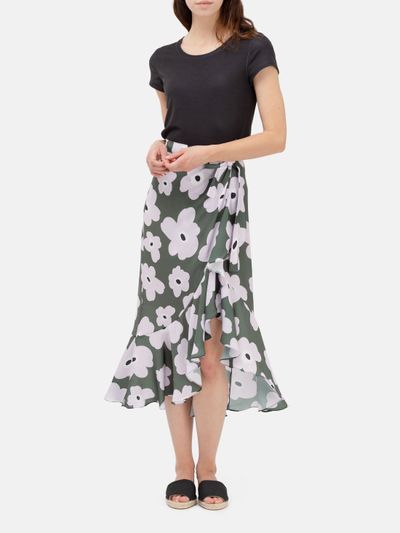 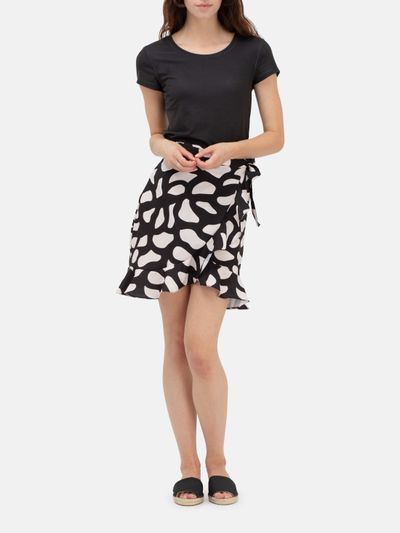 The History Behind Ladies' Skirts

Skirts have been worn since pre-historic times as they were the most simple covering for the lower half of the body. In Armenia, a straw skirt dating back to 3,900 BC has been discovered. In all ancient cultures in Egypt and the Near East, skirts were standard whether you were a man or a woman.

The Sumerians, of a historical region in Western Asia, wore a type of skirt that was called a kaunakes. These were a type of fur skirt which was tied to a belt. Originally, the word 'kaunakes' referred to the fleece of a sheep, which is what this garment was originally made from, however over time people began to use the term to refer to the actual skirt. Eventually a kaunakes cloth was made, which was a fleecy fabric that imitated the the original sheep skin. This kaunakes cloth served as a symbol in religious iconography. The most common example of this is the cloak of St. John the Baptist, which was famously fleecy.

Ancient Egyptian clothing was mostly made of linen, and skirts were no exception. These skirts were woven beautifully with an intricate pleat for the upper class. Men wore wraparound skirts, a style which we still see today that has heavily influenced the sarong. These skirts are wrapped around the body and tied at the waist. During those times, around 2,130 BC, the tie was at the front, however modern garments vary, and the side tie tends to be most common place. Throughout Ancient Egypt, longer skirts were introduced. These often reached the ankles and some of which would hang from the wearer's armpits. This latter style would most closely resemble a modern sleeveless dress. Towards the end of the Ancient Egyptian era, men's fashion came to include a kilt with a triangular section which was pleated. Underneath this a loincloth would be worn, which was also triangular with its ends fastened.

The Times Of Trousers

Throughout the middle ages, both women and men preferred garments that were dress-like. Men's skirts, or lower dresses, were typically shorter than women's. To make activities such as horse riding possible, and more comfortable, pleats were uses, or skirts would be gored (a type of tapering) as well as being wider cut. Metal skirts were positioned below the breastplate of knights.

Between the 13 and 15th centuries, there were some major technological advances in weaving which improved the tailoring of both tights and trousers. This made them more fashionable, and they became the standard attire for men. At the same time as this, trousers became taboo for women.

From One Extreme To The Other

The Chinese Miao tribe was the first known culture to have clothing resembling mini-skirts. These were worn exclusively by women. Duan Qun Miao means 'short skirt' Miao in Chinese and referenced the extremely short skirts that the women of the tribe wore. These were described to barely cover the buttocks, and were likely very shocking for bystanders and observers at the time (medieval and early modern times).

Throughout the Middle Ages, some upper class women would wear ladies' skirts which were more than three metres in diameter at the bottom; a great contrast to the mini skirt which appeared to use as little fabric as possible.

Variety Is The Spice Of Life

Throughout the 19th century, both skirts and dresses saw more variation than in any other. This was seen mostly in western culture. The waistline of these garments started extremely high - just below the bust - and over time gravitated towards the actual waist. The start of the 19th century featured very slimline skirts that were narrow.

Towards the second half of the century, from around the 1860s, the variation increased dramatically giving us styles such as the hoop skirt. Subsequently, this new found fullness was draped and drawn to the back using a frame design to improve the fullness and support the drape, known as a bustle.

Towards the latter end of the 19th century, in the 1890s, the rainy daisy skirt was introduced. This was used predominantly for walking or sports, as it had a shorter hemline. These skirts has usually between two and three inches trimmed off the hemline, and sometimes as much as six inches, which would stop the bottom of the skirt dragging on the floor, especially on a rainy day.

From around 1915, skirt hemlines no longer touched the floor at all. Skirt popularity changed drastically throughout the next fifty years or so; the 20s saw short skirts becoming fashionable, and back to the long style in the 30s. Following that, skirts shortened again due to fabric restrictions throughout the War Years. Following the launch of Dior's first fashion collection in 1947, which went down in fashion history as the "New Look", fashionable skirts once more became longer. Between 1967 and 1970, skirts became as short as they could possibly be without exposing undergarments, which was very taboo. Longer skirts during this time were worn so that a woman could relieve herself in the open, and have privacy when doing so.

Since the 70s, trousers for women became an option for all occasions, excluding formal occasions. Throughout this time, no particular skirt remained the most popular and often longer and shorter styles were featured together in articles and advertisements. Skirts are often still part of uniforms for girls and women across the world, in varying lengths dependant on the culture. In many cultures, skirts are still worn by men as well. A variety of styles are worn in South and South East Asia, including the lungi, lehnga, kanga, and sarong, and the kilt is still worn by men in Scotland and Ireland.

How Can I Design My Own Custom Skirts?

Thanks to all of this progression, and further technological advances throughout the garment and printing industry, it is now possible to create your own custom skirts. Using the most up-to-date printing techniques, your artwork and designs are permanently printed onto a variety of fabrics. These fabrics are then cut and sewn in-house by highly skilled craftsmen and seamstresses, and your custom ladies' skirts are then created. Browse our selection of styles and start creating your custom skirts today.